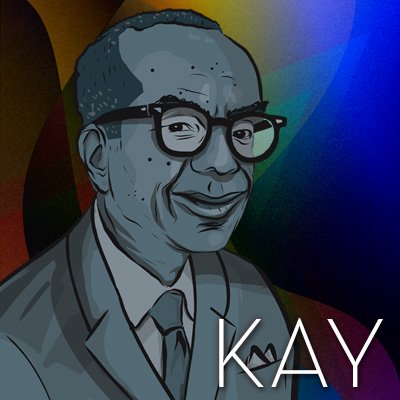 For the first concert of its 24th season, The Esoterics will celebrate the centennial of African-American composer, conductor, and professor, Ulysses Kay. Born in Tucson, Kay began to play the piano at age six, upon the encouragement of his uncle, Joe “King” Oliver (a jazz cornet player who was also the mentor of Louis Armstrong). Building on the rich musical heritage of his youth, Kay studied at the University of Arizona, Eastman, Yale, and Columbia, served in the Navy Band during World War II, and was awarded prizes from the National Institute of Arts and Letters, a Fulbright Fellowship, and two Rome Prizes. In 1958, Kay participated in the first cultural exchange between the US and the Soviet Union, and between 1965 and his retirement, Kay served on the faculties of Boston University, the University of California, the City University of New York, and Macalester College. Among his nearly 150 compositions for film, television, and the concert hall (for orchestra, chamber ensemble, band, piano, and voice), Kay composed five operas, including one about the legendary abolitionist Frederick Douglass. Kay’s music is as fascinating as his inspirations are varied, yet avoids all obvious references to his ethnicity. His choral oeuvre includes settings of Psalms, revolutionary texts, Christmas carols, wartime poems, verses by William Shakespeare, Abraham Lincoln, Sara Teasdale, Paul Laurence Dunbar, as well as folksongs, fiddle-tunes, and sea shanties. Ulysses Kay is one of the most under-sung choral composers of the American Neoclassic era, and this concert will be the first time that many of these works will have ever been performed.